When we get into a cycle, it is hard to break it, even if the cycle is as vicious as that of late payments. It affects both our personal and business lives negatively and will only hurt us more and more in the long run. How do these cycles happen and how do we break them?

The reason that this happens is that those with less financial means tend to think in the more short term range. Getting ten dollars now is much more valuable to them than getting twenty dollars next week, which causes them to use money-lending sites like Wonga to 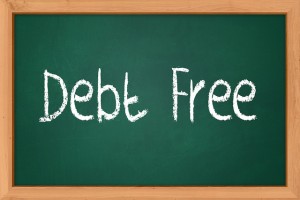 get quick loans. In fact, Wonga advertises that borrowers can get up to four hundred dollars within minutes of their loan being approved. Wonga is a very popular money-lending company. However, their interest rates are staggering. Their standard APR is 5,853%. And yet they can get away with it because of the poor man’s psychology.

The poor man’s psychology is simply discounting future costs for the present’s decisions. To someone who is desperate to pay the bills before the bank forecloses, it is worth getting a loan with five thousand percent annual percent interest rate. At least at the time. When the bill comes due with all of the interest and late payment fees, then they begin to regret their decision. But they needed to save their house. How did they get so poorly off that their home was in danger of foreclosure?

This also goes back to the poor man’s psychology of instant gratification before long term effects. Even with a well-paying job, it is easy to go broke unless the money is handled properly. Thinking in the short term range means more impulse buys, splurging, and unnecessary luxuries are made until a whole week’s pay is gone and there isn’t any money to buy groceries. So you take money out of your checking for groceries even though that money was supposed to go to your car payment. To make the car payment,you take money out of your account that was meant for your mortgage payment and so on.

How to Break the Cycle

The easiest way to stop yourself from being ruined is to keep yourself from getting into the cycle to begin with. Budget your money and stick to it. Try to live on only ninety percent of your income so you can use the other ten percent for emergencies, investments, and saving for the future.

If you’ve already found yourself getting behind on the bills and you’re not sure how to get out, then stay off the money-lending sites all together. They will only hurt you long term and if you make decisions with the long-term in mind then you will be happier even in the short term. If you’re short on a payment and need to get some money fast, then sell some of your unwanted possessions to raise the cash or do some odd jobs in your neighborhood. You can also find extra work online for some extra money as well.

Even if you are already caught up in the vicious cycle, start budgeting and living within your means. Remember, you can always put that extra ten percent towards the bills you owe to get caught up that much faster.

How It Affects Businesses

Late payment doesn’t just affect our personal lives. It can also affect our businesses as well. For small business owners, one of the biggest problems is getting their customers to pay on time, especially if it’s from big businesses. Big businesses are often late with their payments to smaller businesses, sometimes a full month later than the agreed date in the contract. This interrupts cash flow for the small businesses which makes them late on their own payments and eventually makes them collapse.

In the UK, government policies are being put in place to fight late payments made to small businesses. But there are some things small businesses can do to stop themselves from getting caught up in late payments. First, make sure that it isn’t you holding up the payments by accidentally withholding information. Second, make it easy for them to pay you. Provide all the information they need and if possible provide multiple payment options. Third, take action. Keep calling and emailing the company from the day the payment is due until they pay it. And when all else fails, you can file a lawsuit for breach of contract.

This site uses Akismet to reduce spam. Learn how your comment data is processed.

Why Are Defined Benefits Pension Schemes Winding Up

How to Check Your Clients Credit Rating